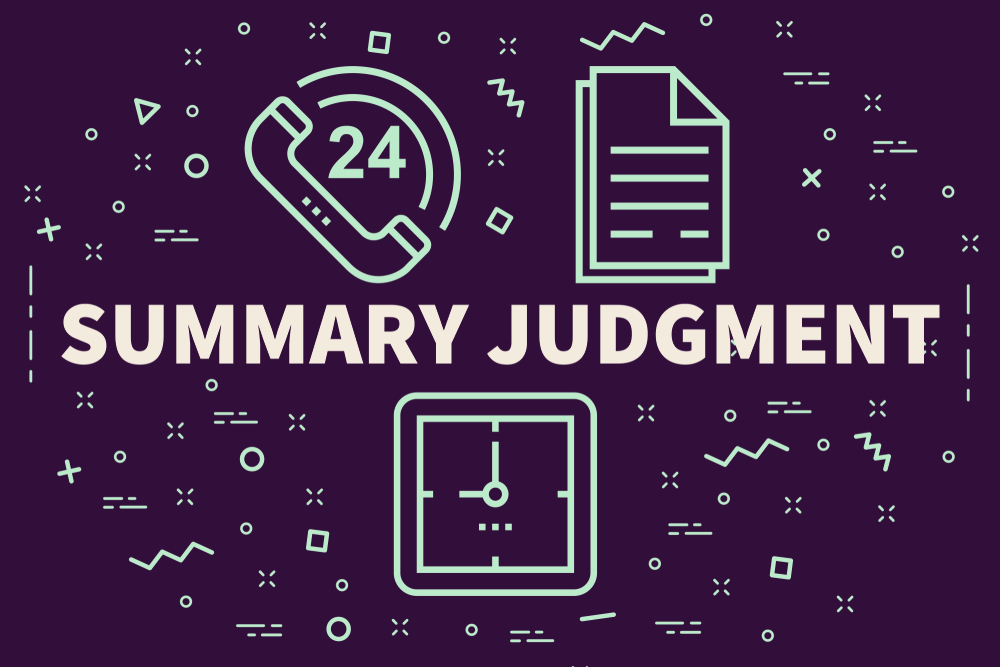 On 21 March 2018, the Federal Court of Australia delivered its judgment in Seaman v Silvia (No 2) [2018] FCA 363 (Seaman v Silvia (No2)). JHK Legal and Susan Anderson of Counsel represented the 2 respondents who were experienced insolvency practitioners. In this case, the Court examined the importance for legal practitioners to identify standing to commence proceedings, the importance of pleading causes of action, the making and timing of formal offers of compromise, and compliance with the Civil Dispute Resolution Act 2011 (Cth).

Please note that this article provides an overview only. Proceedings can be complex, and advice needs to be tailored to individual circumstances.  This article is not intended as a substitute for independent legal advice. If you have any questions or concerns we suggest that you contact JHK Legal for further information.

On 14 June 2017,  Mr Seaman commenced proceedings in the Federal Court of Australia against Mr. Silvia and Mr. Granger (the Respondents) claiming negligence, breach of statutory duties, misleading and deceptive conduct under the Competition and Consumer Act 2010 (Cth), and damages pursuant to section 1324 of the Corporations Act 2001 (Cth).[1] In essence, the alleged cause of action arose out of the facts and matters in Granger v A.C.N 165 098 617 Pty Ltd [2016] FCA 474 (the 2016 Decision).[2]

The proceeding was subject to a number of interlocutory applications including an application by the Respondents to strike out Mr. Seaman’s amended statement of claim on the basis that it did not disclose a cause of action. Mr. Seaman opposed the application right up until the hearing, however, on the day of the hearing, and after much debate, Mr. Seaman conceded to the strike out application.[3] Importantly, Mr. Seaman had attempted to go behind the 2016 Decision, but ultimately, never applied to set it aside.[4]

On 9 March 2018, the Respondents applied for orders seeking summary judgment and costs on an indemnity basis. In a twist, on the date of that hearing, Mr. Seaman had purportedly taken an assignment from the company A.C.N 165 098 617 Pty Ltd (formerly known as Private Health Clubs Pty Ltd (in liquidation)) (“the Company”), of any causes of action it may have had against the Respondents and sought an adjournment to file an application seeking leave to file a further amended statement of claim. That application was also opposed by the Respondents.[6]

On 14 March 2018, His Honour Justice Derrington delivered his final judgment in Seaman v Silvia (No 2).

In delivering his judgment, His Honour noted that there had been multiple versions of Mr. Seaman’s statement of claim, and that he had identified previously the various attempts by Mr. Seaman to plead his causes of action against the Respondents.[7]

His Honour found that the various causes of action attempted to be pleaded by Mr. Seaman did not have any merit because (amongst other reasons) he lacked the requisite standing, nor did any cause of action exist, or if any did exist, they were not adequately pleaded in the multiple versions of his statement of claim.[8]

As noted above, on the day of the hearing, Mr. Seaman’s Counsel put forward that Mr. Seaman had purportedly taken an assignment of any causes of action available to the Company (being the respondent Company in the 2016 Decision).[9]

The difficulty with that position as His Honour pointed out, was that no statement of claim had been advanced, nor had any outline of argument been given to disclose what those causes of action were or what they could have been based on during the Respondents’ administration of the Company. In essence, there was a lack of specificity in what cause of action Mr. Seaman could rely on after he had purportedly taken that assignment. His Honour stated that given those actions were likely to be statutory causes of action, it was unclear how they would yield any positive outcome for Mr. Seaman.[10]

The alternative proposition put by Mr. Seaman was that he be given leave to commence a derivative proceeding in respect of claims by the Company. However, as His Honour observed:

“I made directions requiring the applicant to bring any application for leave to commence derivative proceedings by 28 July 2017. It appears from the evidence before the court that, ultimately, that was considered by the applicant, but a tactical decision was made not to pursue that course.”[11]

His Honour then went on to observe that a situation where no statement of claim exists was unusual in the context of a summary judgment application, but that the effect was that attempts had been made to agitate a cause of action, and that all (our emphasis) of those attempts had failed.[12]

His Honour stated that in those circumstances (that is, where the Respondents had been confronted with multiple versions of a statement of claim, none of which succeeded) he concluded that none of the claims advanced by whatever pleadings had been put forward or by any affidavit evidence, were viable.[13] His Honour then concluded that he was satisfied to a high degree of confidence that the veracity of Mr. Seaman’s proposed claims and or causes of action were lacking in merit.[14] His Honour granted Judgment to the Respondents pursuant to 31A of the Federal Court of Australia Act 1976 (Cth) (the Act).[15]

In addition to the above, His Honour went onto say that he was also of the view that the state of the proceeding enlivened the inherent power of the Court to dismiss the proceeding on the basis that it was (at the time of the hearing) in the technical sense, an abuse of process.[16] In support of that proposition, His Honour observed that Mr. Seaman did not, after many months, have any substantive statement of claim on which he could rely on.[17]

His Honour further highlighted the serious and unsubstantiated allegations levelled against the Respondents, and the substantial expense incurred by them in having to respond to Mr. Seaman’s allegations. In doing so, His Honour highlighted the obligations of legal practitioners under section 37M and 37N of the Act to ensure that litigation is conducted fairly, which in this case, included fairness to the Respondents to have the matter brought on and disposed of in an expeditious and cost-effective way.[18]

As the Respondents successfully disposed of Mr. Seaman’s claims, the only issue remaining was that of costs. The Respondents, at a very early stage in the proceeding, had made an offer to Mr. Seaman pursuant to rule 25.01 of the Federal Court Rules 2011 (Cth) (the Rules) that he discontinue his proceedings, and pay to the Respondents their costs fixed on the standard basis in an amount of $1,950. That offer was not accepted by Mr. Seaman.[19]

As they were ultimately successfully, the Respondents sought their costs be paid on the indemnity basis pursuant to rule 25.14(2) of the Rules. His Honour noted that the essential question was whether or not the refusal to accept the offer was unreasonable which required postulating the situation of the parties as at the date on which the offer was made.[20]

His Honour stated in the circumstances of this case, that is, where all causes of action which were pursued by the applicant had been found to be without merit in law or otherwise unable to be adequately pleaded, it was clear that Mr. Seaman must have known there was a degree of speculation in commencing the proceedings.[21]

The Respondents had relied on the earlier decision of Viscariello v Macks [2014] SASC 189 in resisting Mr. Seaman’s misleading and deceptive conduct claim under the Competition and Consumer Act 2010 (Cth) since the commencement of the proceedings on 14 June 2017.[22] His Honour found that the earlier decision relied on by the Respondents of the Chief Justice in Viscariello v Macks [2014] SASC 189 was relevant to this proceeding, it was the considered view of the Chief Justice of South Australia (although not binding), it was subsequently upheld by the Full Court on 22 December 2017 in Macks v Viscariello [2017] SASCFC 172 and it is more than likely that Mr. Seaman was aware that there was authority against him when the offer was made.[23]

Bearing those points in mind, His Honour stated that these were factors to consider in whether or not it was unreasonable to refuse the offer. It was also relevant to the Court that, at the time the application as commenced, a serious question existed as to whether Mr. Seaman was entitled to bring the proceedings in the various capacities that he claimed he was entitled to.[24]

His Honour was ultimately of the view that a litigant (such as the Respondents) faced with a claim which they believe has no substance, is not acting unreasonably by inviting the claim against them to be wholly withdrawn. In those circumstances, His Honour took the view that it was not unreasonable for the Respondents to have sought from Mr. Seaman that the proceedings be discontinued against them without offering payment of any money, and they were right to do so.[25]

Taking the above into consideration, His Honour reached the conclusion that the applicant unreasonably failed to accept the Respondents offer, and that Mr. Seaman ought to pay the Respondents costs on the indemnity basis pursuant to rule 25.14 of the Rules.[26]

The Respondents also submitted in the alternative that their costs ought to be paid on the indemnity basis pursuant to the Court’s general discretion, and in particular, the factors espoused in Colgate-Palmolive[27] including:

The Respondents also relied upon Mr. Seaman’s failure to comply with the Civil Dispute Resolution Act 2011 (Cth), which required the filing of a Genuine Steps Statement prior to a commencement of any action. This was not done by Mr. Seaman.[29]

His Honour, reinforced Reeves J’s comments in Superior IP International Pty Ltd v Ahearn Fox Patent and Trade Mark Attorney’s (No 2) [2012] FCA 997, that is, compliance with the Civil Dispute Resolution Act 2011 (Cth) is an important step; it imposes obligations on practitioners to comply with it and for good reason, and it also provides avenues against legal practitioners who do not comply with the requirements of the Act.[30]

In summing up this point, His Honour stated that if the only question was whether, in the general exercise of discretion to award costs, he should order indemnity costs by reason of a failure to file a genuine steps statement, then he would probably not exercise his discretion in that way. However, when taken with the other factors to which he referred in Colgate-Palmolive criteria, he ultimately came down in favour of granting an order for indemnity costs in respect of the proceedings.[31]

His Honour’s judgments in both Seaman v Silvia and Seaman v Silvia (No 2) give useful guidance for both insolvency, and legal practitioners facing claims and or allegations against them or their clients that are without merit.

In particular, it is a timely reminder for practitioners to have regard to the following points:

If proceedings have been commenced against you, and or you are considering enforcing your legal rights, whether as an insolvency practitioner or not, JHK Legal are happy to assist you throughout the process.

[8] It must be noted that the Court identified that Mr. Seaman had 5 opportunities in which to plead his case; see Seaman v Silvia at paragraph [13] and [55].