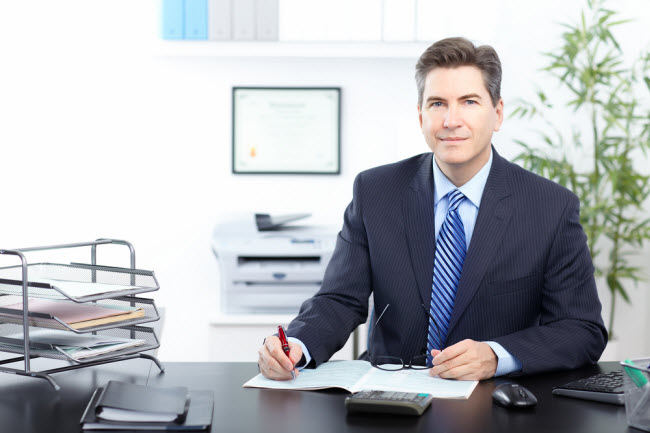 Company directors must exercise their powers for the benefit of the company and are subject to duties to ensure that this power is exercised in good faith. In times of financial distress, a director’s duty extends to consider the interests of the company’s creditors. This duty has developed throughout the common law, however there still remains a lack of criteria and judicial guidance in its operation. This article will analyse the current position of directors’ duties to creditors in Australia with a focus on the recent case law that has introduced new legal principles and created commercial concern as a result.

Directors’ duties to creditors in Australia have undergone both expansion and clarification over time. Earlier cases, such as Walker v Wimborne and Spies v The Queen,[1] provided authority for the affirmation of the duty directors owed to creditors during or approaching corporate insolvency. The duty established by these authorities concerns an obligation on directors to consider the interests of creditors which accompanies their duty to the company.[2] This duty stems from the established duties directors have to act in good faith and exercise their discretion bona fide in the best interests of the company as a whole, as well as to exercise their powers for a proper purpose.[3] These older authorities do not oblige directors to undertake more than a consideration or balancing of creditors’ interests. In consideration of creditors’ interests, directors were required to have regard to the interests of creditors as a class, rather than individual consideration of particular creditors.[4]

Directors’ duties to creditors are contingent on the financial position of the company. In a position of solvency, company directors must ensure that the best interests of shareholders as a group are paramount.[5]

There is a necessity to ensure that creditors’ interests are considered by a company when a company is either insolvent or facing a real risk of insolvency. Creditors in these circumstances often possess limited rights and standing to receive repayment of debts owed. There is currently no judicial formula to determine the degree of financial instability needed by a company in order to instate the requirements to consider creditors’ interests.[6]

The decisions of The Bell Group Ltd (in liq) v Westpac Banking Corporation (No 9) (2008) 39 WAR 1 (“Bell”) and on appeal, Westpac Banking Corporation v Bell Group Ltd (in liq) (No 3) (2012) 89 ACSR 1 (“Bell Appeal”) have altered the legal landscape in regards to creditors’ interests. In this case, the restructuring of financing arrangements which limited the pool of assets available to creditors upon liquidation was found to be a breach of the directors’ fiduciary duties. The significance of these decisions is that the scope of the duties owed by directors to creditors appears to have been extended and as a consequence has caused contention amongst the legal and commercial communities.

Issues have been raised as to whether these director duties are fiduciary in nature. Early case authorities determine that the only fiduciary duties recognised are the duty to avoid conflicts and profits.[9] However, in both Bell and the Bell Appeal, it was recognised that the duties to act bona fide in the interests of the company and for proper purposes were fiduciary.[10]

In the Bell Appeal, Drummond and Lee AJJA comprised the majority, upholding Owen J’s finding that the directors’ had breached their fiduciary duties. Carr AJA was in dissent, however all four Justices identified the bona fide and proper purposes duties as fiduciary.[11]

A director will not act bona fide if increased and proper consideration is not given to creditors in times of financial distress or insolvency. This includes the entry of companies into transactions or refinancing arrangements when the company is insolvent.[12] Directors may also be in breach of their obligations if they favour one group of creditors over another.[13]

The consideration of creditors’ interests has been stipulated to extend to protection of their interests. Drummond AJA in the Bell Appeal specifies in relation to the traditional reluctance of courts to interfere with commercial judgment, ‘However courts will now intervene in an appropriate case, irrespective of the directors’ beliefs and business judgments, to ensure that creditors are properly protected’.[14] This exemplifies the readiness of the judiciary to intervene to ensure the safeguard of creditors’ interests. This extension can also be explored through the expansion of the duty to not prejudice the interests of creditors, as outlined by Lee AJA:

In such a circumstance of insolvency the directors would fail to discharge their duty to act in the best      interests of that company if they caused the company to prejudice the interests of its creditors.[15]

These increased obligations on directors attach an objective viewpoint enforced by the judiciary, as the subjective state of mind of directors will be overlooked to ensure creditors interests are ‘properly protected’.[16] The duty is also elevated by requiring directors to exercise their protective duty to not just the general body of creditors but to individual and specific creditors.[17]

There has been commercial disagreement with the majority decision in the Bell Appeal largely due to the expansive scope of directors’ duties to creditors as well as the encroaching nature of the court to interfere with business decision making.

Directors are in a fiduciary relationship with their company, however not every duty owed will be fiduciary in nature.[18] The approach adopted by Drummond AJA in the Bell Appeal is suggested to prioritise creditors above all other stakeholders, rather than considering their interests in combination with other stakeholders as a part of acting in the best interests of the company.

Acting Justice of Appeal Carr took a contrary approach to the majority in the Bell Appeal and was concerned with the interference of the court to affect commercial workability.[19] The nature of commercial enterprise requires directors to exercise executive decision making. This was a pertinent factor in his Honour’s judgment:

Directors are not trustees; they are entrepreneurs and the general law gives them considerable leeway in the conduct of a company’s affairs: Mills v Mills (1938) 60 CLR 150 at 185–6 per Dixon J. They are thus given encouragement to exercise, rather than stifle, their entrepreneurial skills when they act honestly and not irrationally. Otherwise, company directors might, in circumstances such as the present matter, feel constrained to take the safe and easy option of putting into liquidation companies which had a chance of trading out of their financial difficulties.[20]

As reflected in the abovementioned judgment, criticism surrounds the judicial scrutiny of commercial decisions made in the course of business where the decision was made in the best interest of the company. Acting Justice of Appeal Carr refers to the misdirection of the judiciary to ‘look over the directors’ shoulders and apply a business judgment’.[21] His Honour contended that if the directors acted honestly and not irrationally, there will be no need for judicial intervention.[22]

The statements of Carr AJA can be seen to reflect the commercial concern caused by the majority view in the Bell appeal. The impact will include increased hesitation of directors to pursue particular restructuring options as a result of their increased obligations to creditors. Increased focus of directors to ensure that individual and specific creditors are protected arguably creates commercial unworkability in an insolvency context. There is argument that if the duty to creditors is elevated to a direct duty, then businesses are more likely to appoint an administrator than to pursue solvent reconstruction, as to limit their accountability. Another issue raised surrounds the lack of certainty and guidance as to the extent of financial instability needed before directors are compelled to consider creditors’ interests.

There is much reluctance to allow a court to assess corporate decisions unless there is evidence of dishonesty or personal gain. The issues that arise surround the justifiability of holding accountable a director for breach of fiduciary duty where they believed they were acting in the best interests of the company and there was no conflict or self interest at play.

The recent common law developments have caused dispute and discussion amongst the commercial community,[23] as currently the law pertaining to directors’ duties to creditors is positioned in legal limbo. An interpretation by the High Court would be of benefit to explain and finally determine the relevant parameters. The balance needs to be struck between respecting the commercial judgment of directors with the need to ensure directors act bona fide in the best interests of the company. Creditors’ interests are currently elevated however pending High Court determination, it is uncertain whether they will continue to remain this protected.