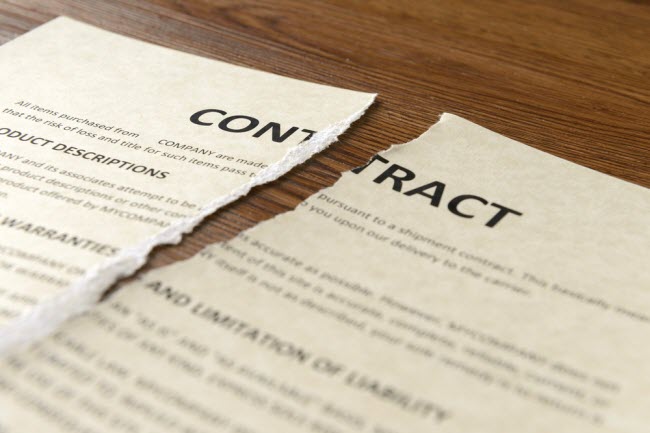 The Increased Scope of Penalty Clauses

Issues of contract interpretation occupy a great deal of the time for busy commercial practitioners and judges. These issues have been called the very nucleus of commercial law. Disagreement on basic contractual concepts such as the plain meaning of particular words and whether clauses are ‘common sense’ or ‘commercially realistic’ is widespread.

The outcome of litigation founded on contractual construction is notoriously unpredictable and this includes the judicial interpretation of penalty clauses.  A penalty clause is a clause in a contract that provides for an excessive pecuniary charge against a defaulting party.  Disputes regarding penalties are commonly raised by contractors who seek to defend themselves against the levying of liquidated damages for delayed completion of a project.

The starting point for any dialogue of the penalty rule must be the decision of Dunlop Pneumatic Tyre Co Ltd v New Garage and Motor Co Ltd. This 1915 House of Lords decision set out the applicable test and guidelines to determine whether a stipulated sum payable on breach of a contract was to be treated as liquidated damages and enforceable, or a penalty and hence unenforceable. That test was then universally applied in the common law world.

Lord Dunedin’s four rules which form the Dunlop test are:

(a) examining whether the sum is extravagant and unconscionable in amount in comparison with the greatest loss that could conceivably be proved to have followed from the breach;

(b) a clause will be held to be a penalty if the breach consists only in not paying a sum of money, and the sum stipulated is a sum greater than the sum which ought to have been paid under the contract;

(c) There is an assumption that a penalty clause exists when a single lump sum is made payable by way of compensation, on the occurrence of one or several events, some of which may occasion serious and others but insignificant damage;

(d) It is no obstacle to the sum stipulated being a genuine pre estimate of damage, that the consequences of the breach are such as to make precise pre estimation almost an impossibility. This is just the situation when it is probable that pre estimated damage was the true bargain between the parties.

In 2012 the decision of the Australian High Court in Andrews v Australia and New Zealand Banking Group Ltd reformulated the Dunlop test by establishing that a clause requiring payment of sums of money can be a penalty even if it is triggered by an event other than a breach of contract.  Under the reformulated test, any stipulated sum clause is now open to challenge on the basis of penalty.

In this case ANZ entered into contracts with customers which contained clauses enforcing fees as a result of actions such as cheques being dishonoured, overdrawn accounts or credit cards exceeding permitted limits. The court found there was no contractual breach in these situations because i) ANZ had a choice regarding whether or not to allow the accounts to be overdrawn and ii) customers had 25 days to pay the late payment fees before a contractual breach would occur.

The Court did not accept ANZ’s argument that the late payment fee imposed by ANZ constituted an additional charge in connection with the operation of the account. The court decided that the increased risk to ANZ when repayments were not made within the required timeframe did not justify these clauses which were held to constitute penalties despite the absence of a contractual breach.

Security for performance v enjoyment of an additional right

The equitable nature of the penalty doctrine considers the substance of the clause rather than its form. This involves closely examining the construction of the contract, construing the agreement as a whole, requiring the legal form of the contractual arrangement to be ignored and its actual substance considered.

In the Queensland Court of Appeal case of Kellas-Sharpe v PSAL Ltd the court considered the nature of a clause in a loan agreement that provided that a reduced rate of interest would apply while the borrower was not in default. The court agreed that under the current equitable doctrine of penalties, such a clause would not constitute a penalty.

Courts will enforce liquidated damage clauses when they represent a legitimate calculation of true damages.  Penalties are only enforced to compensate the party for the extent of the loss suffered and a party is relieved from liability to satisfy the rest of the penalty – Andrews v ANZ.

A party seeking to uphold a clause which is alleged to constitute a penalty should consider the following:

The Andrews decision has had wide ranging ramifications for commercial transactions including the drafting of commercial contracts. Lawyers should review contractual provisions that could have a punitive effect in circumstances other than breach of a contract by one of the parties, and consider whether the provision could be rephrased so that, any amount payable does not secure the performance of the principal obligation, but rather forms part of a secondary arrangement.

It has been argued that the removal of the breach requirement from the penalty doctrine will give rise to an increase in challenges to contractual stipulations leading to uncertainty, confusion and increased costs to the contracting parties. However, as the penalty doctrine requires that for a sum to be penal it must be “extravagant and unconscionable” in amount, it is uncertain if the Andrews decision will lead to a large increase in the amount of clauses that are found to be penal. Save where the sum is payable for an additional service, this aspect of the penalty doctrine test remains and will always have to be applied to the clause, to determine if it is penal in character.